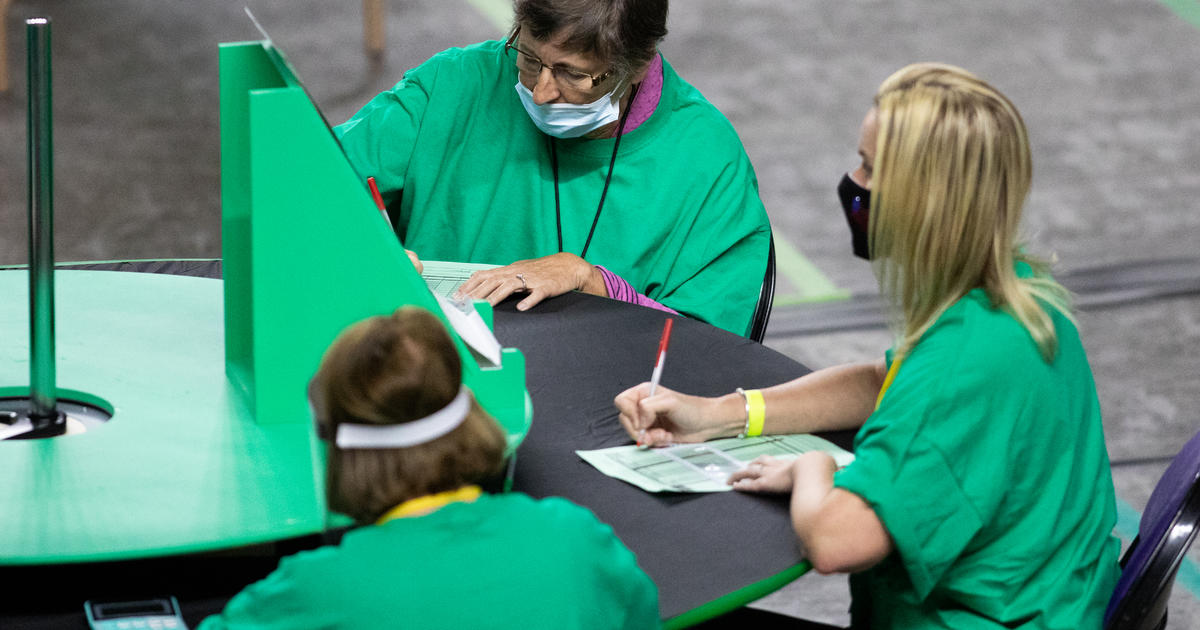 Officials in Maricopa County, Arizona, said Monday that the state’s most populous county will replace the voting equipment that was turned over to private contractors for an audit of the 2020 election.

The Republican-led state Senate took control of the county’s 2.1 million ballots and voting equipment by subpoena earlier this year. In May, Arizona’s Democratic Secretary of State Katie Hobbs urged the county “not to redeploy any of the subpoenaed machines that it turned over to the Senate in any future elections” because it’s not clear what procedures were in place “to ensure physical security and proper chain of custody.”

Maricopa County attorneys said Monday that the Republican-dominated county Board of Supervisors shares Hobbs’ concerns. It is not clear at this point how much it may cost to replace the machines or who will pay for the replacements.

Senate Republicans hired several firms to conduct the audit. It was led by Cyber Ninjas, whose founder has promoted election conspiracy theories. Independent election experts have raised concerns about the procedures that were in place during the audit.

Early in the process workers were using UV lights to check for watermarks on the ballots. Some QAnon conspiracy theorists had claimed that the Trump administration had watermarked the ballots to prevent fraud. The county said the ballots were not watermarked. That procedure stopped a few weeks into the audit. Workers were also looking for folds on mail ballots, even though not all mail-in ballots end up with folds, according to Tammy Patrick, a former elections official in Maricopa County.

Observers on behalf of Hobbs’ office have also documented some issues of concern: the use of black ink pens on the counting floor, even though pens with blue and black ink are prohibited near ballots; whether secure material could be examined by people without authorized access; and how policy and process changes would impact results.

The Maricopa County Board of Supervisors called for the audit to end back in May. The board’s Republican chair has referred to the audit as a “sham process.”

“This ‘audit’ is encouraging our citizens to distrust elections, which weakens our democratic republic,” county elected officials wrote in a letter to Arizona Senate President Karen Fann in May.

Former President Trump has been cheering the process in Arizona and is encouraging other states to follow its example.

A hand-count audit of a statistically significant sample of ballots after the 2020 election found no issues with Arizona’s election results. Audits of the election equipment conducted by two independent firms in February also found no issues.

The Senate-led audit will not change the results of the 2020 election. President Biden won Maricopa County, a longtime Republican stronghold, by 45,109 votes, and he won Arizona by 10,457 votes. He was the first Democrat to win the state since 1996.

Spokespeople for the audit and Fann have not replied to a request for comment about replacing the machines. Fann has previously said that the audit is about ensuring the election was run properly. The county said it is working to replace machines in time for elections this November.

The audit’s official Twitter account announced on Friday that workers finished counting and reviewing the ballots. A final report is not expected until later this summer.