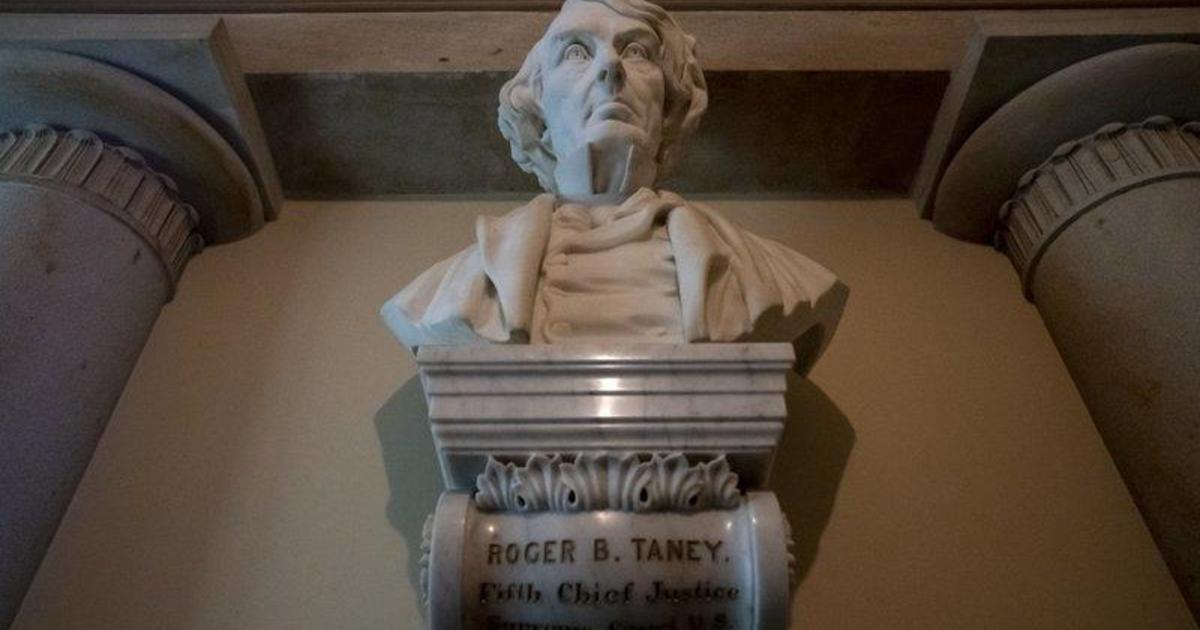 Washington — The House will vote on Tuesday on legislation to remove statues of Confederate officials from the U.S. Capitol, as well as a bust of Chief Justice Roger B. Taney, who wrote the Supreme Court’s infamous Dred Scott decision in 1857 that ruled that Black people were not entitled to citizenship.

The measure passed in the House last year by a vote of 305 to 113, with 72 Republicans voting with Democrats to remove the statues. But the legislation stalled in the Senate, which was then controlled by Republicans. As Democrats now hold the majority in the upper chamber, it will likely be taken up for a vote, but whether a sufficient number of Republican senators would vote to advance the bill is unclear. Democrats have a 50-seat majority in the Senate, and 60 votes are required to limit debate on a measure.

Congressman Jim Clyburn, the House majority whip, connected the measure to the attack on the U.S. Capitol on January 6, during which a rioter carried a Confederate flag into the building.

“On January 6th, we experienced the divisiveness of Confederate battle flags being flown inside the U.S. Capitol. Yet there are still vestiges that remain in this sacred building that glorify people and a movement that embraced that flag and sought to divide and destroy our great country,” Clyburn said in a statement when the bill was reintroduced in May. “This legislation will remove these commemorations from places of honor and demonstrate that as Americans we do not celebrate those who seek to divide us.”

The bill would revise the statute dictating the types of statues permitted in the Capitol, and directs the architect of the Capitol to identify any statues of Confederate officials. The Joint Committee on the Library would be responsible for the removal of the statues.

Under federal law, each state can provide two statues to be placed in the Capitol Statuary Hall, and 11 of these statues depict Confederate officials. Statues removed from Statuary Hall would be returned to their state of origin, and states would be able to replace these statues with ones of other historical figures. Other statues and busts of Confederate officials which did not originate from a certain state would also be removed and held in storage by the architect of the Capitol.

The bust of Taney would be removed from outside the room where the Supreme Court met from 1810 to 1860, and replaced with a statue of Thurgood Marshall, the first African-American Supreme Court justice.

Taney’s decision in the case of Dred Scott v. Sandford declared that Black people “are not included, and were not intended to be included, under the word ‘citizens’ in the Constitution, and can therefore claim none of the rights and privileges which that instrument provides for and secures to citizens of the United States.” The decision was overturned by the passage of the 13th, 14th and 15th Amendments a decade later.