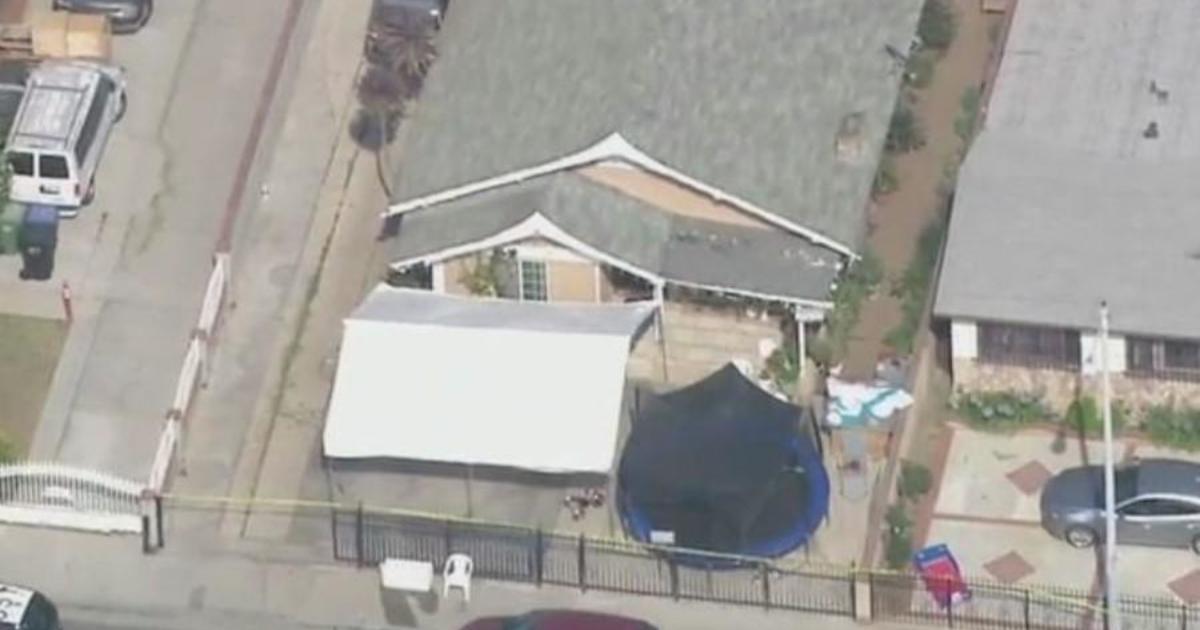 Three young children were found dead Monday at a home in Southern California and their mother was being detained for questioning, authorities said. CBS Los Angeles reports authorities did not immediately release the children’s names or manner of death, though the department described the case as “suspicious.”

The children, two boys and a girl who are all under 3 years old, were found inside a bedroom in their East Los Angeles home around 12:45 p.m. after a family member called for help, according to Los Angeles County Sheriff’s Lt. Chuck Calderaro. They were not breathing and efforts to revive them were not successful.

Their 28-year-old mother is being questioned, Calderaro said. Other people who were in the home at the time and may have seen what occurred will also be interviewed. The children’s father was not there at the time.

“It’s pretty hard to determine what really happened,” the uncle of the children told CBS Los Angeles. “I mean, because, I know her. I know she would do anything for those kids, and that’s what’s so hard to understand what happened.”

Authorities said there was no history of calls to the home.

Supervisor Hilda Solis, whose district includes East L.A., said in a statement that she was “devastated” to hear of the deaths.

“It is a horrifying situation and my office is working with the Los Angeles County Sheriff’s Department and Department of Children and Family Services to launch a full investigation into the brutal murder of these three innocent children,” the statement said. “My office is also leveraging County resources to provide counseling and support for the family and neighboring residents.”

Calderaro said it was not immediately clear what caused the deaths and autopsies will be conducted. There were “no obvious signs” of how they died, he said.

Preliminary information revealed no prior reports of abuse or child neglect at the home, the sheriff’s department said.

“It is very heartbreaking, it is for everybody in the neighborhood,” neighbor Rosalinda told CBS Los Angeles. “We all have to go through this, really feeling bad for the kids especially, they were babies.”

Their deaths come after a mother was arrested in the deaths of her three children in April  in Los Angeles.