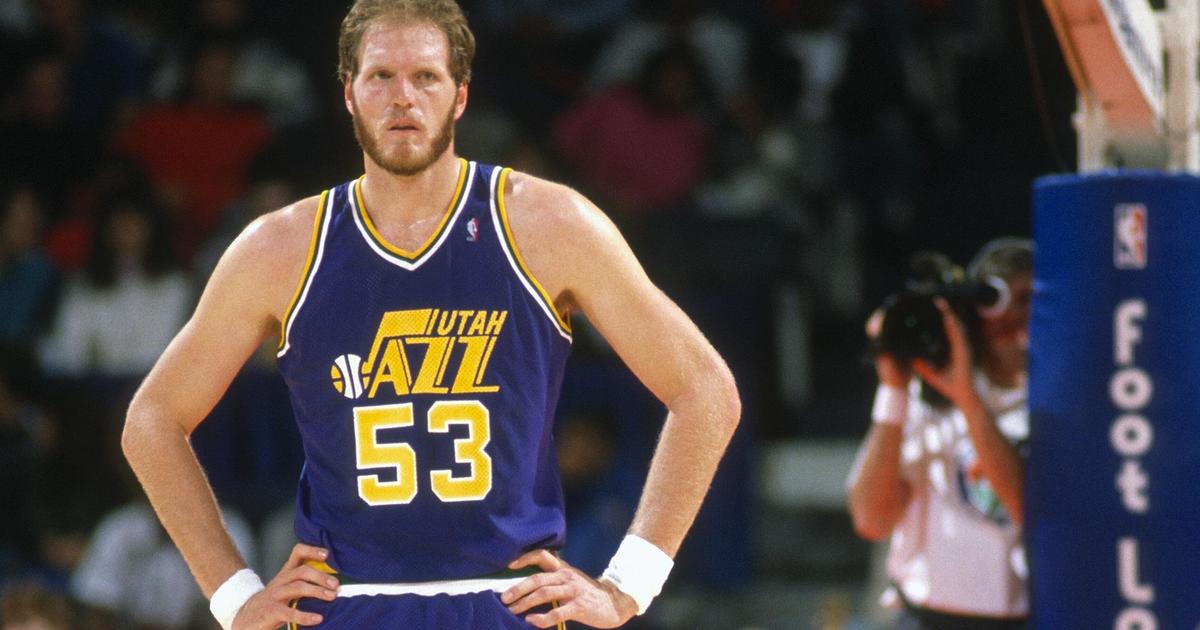 Utah Jazz basketball player Mark Eaton has died at the age of 64 after crashing his bicycle in Summit County, Utah, authorities said Saturday. The 7’4″ center spent his entire 11-year NBA career with the Utah Jazz and retired as an NBA All-Star and two-time Defensive Player of the Year.

The Summit County Sheriff’s Office said they received a call Friday around 8:30 p.m. from someone who said they’d found an unconscious man lying in the road. Authorities said he appeared to have crashed while riding a bicycle, and he was transported to a hospital where he passed away.

“There were no witnesses to the bicycle crash, and there is no reason to believe a vehicle was involved in the incident,” the sheriff’s office said, adding that the medical examiner’s office will determine his cause of death.

Eaton, who the NBA called “one of the league’s most feared interior defenders,” holds the record for most blocked shots in a single season and ranked fourth in terms of most shots blocked in NBA history, with a total of 3,064 shots during his career.

“The Utah Jazz are profoundly saddened at the unexpected passing of Mark Eaton, who was an enduring figure in our franchise history and had a significant impact in the community after his basketball career,” the team wrote in a statement. “His presence continued around the organization as a friend and ambassador while giving back as a businessman and volunteer to his adopted hometown in Utah. We extend our deepest condolences to his wife Teri and their extended family. Mark will be greatly missed by all of us with the Jazz.”

Eaton, who many deemed a basketball legend, was scouted by a community college basketball coach while working in Arizona as an auto mechanic, the NBA said. The Jazz drafted him in 1982, after he’d played at Cypress College and later transferred to UCLA.

Eaton retired in 1993 and he went on to become a restaurant owner, author, motivational speaker and mentor.

“What a gentleman,” said sports personality Ernie Johnson Jr. Saturday on TNT’s Inside the NBA. “Just a good man.”

Shaquille O’Neal said that Eaton was the first player to ever make him feel small in height. “He was tough,” O’Neal said.