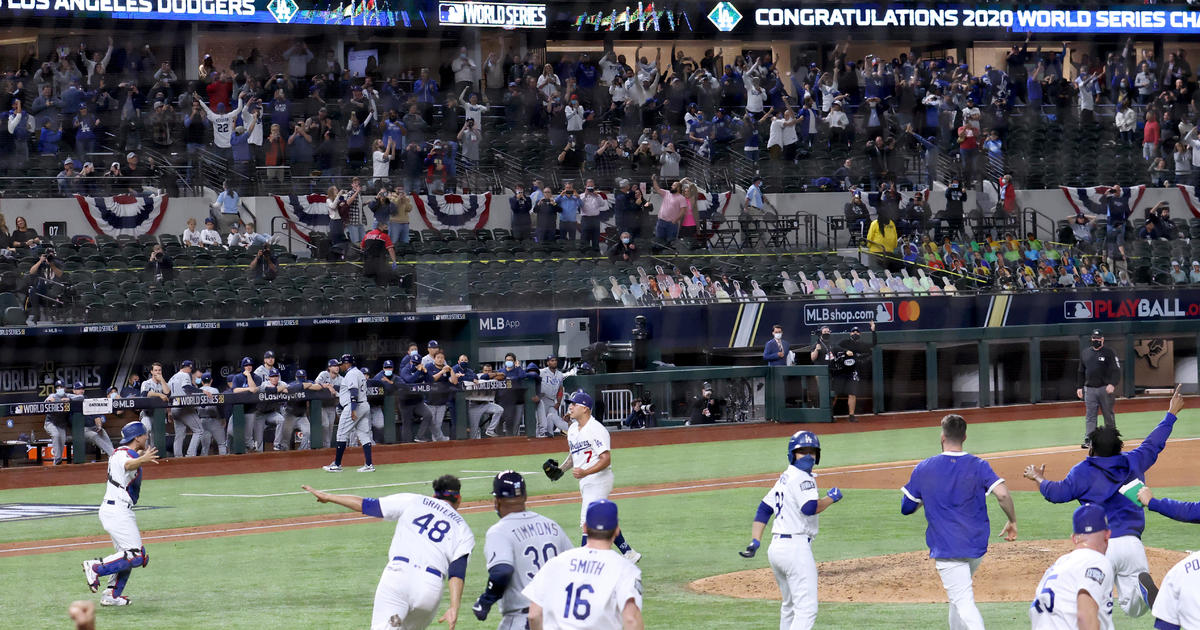 Los Angeles sports figures and celebrities were celebrating after the Dodgers won their first World Series title in 32 years. The Dodgers beat the Tampa Bay Rays in Game 6, making it the second time Los Angeles fans have enjoyed a major sports championship in less than a month.

The Lakers defeated the Miami Heat in the NBA Finals more than two weeks ago, and superstar LeBron James had an unlikely suggestion on how to celebrate with the Dodgers.

“Man can we PLEASE have a parade!!! I know I know we can’t but DAMN I wanna celebrate with our @Lakers & @Dodgers fans!!! LA is the city of CHAMPIONS,” James tweeted.

“Let’s talk,” he replied to the NBA star on Wednesday. “I’m down for anything safe… Thank you both and the @Dodgers and @Lakers for the best single month in LA sports history!”

Other celebrities also chimed in on the Dodgers’ victory. Beloved retired sportscaster Vin Scully, who called games for the Dodgers for 67 years, paid tribute to the team on Twitter.

“What a year. What a season. What a team,” he tweeted.

Actress and activist Alyssa Milano shared a throwback photo of herself in a Dodgers uniform in honor of the championship.

Singer Becky G shared her own photo in Dodgers gear, along with a heartfelt caption. “Used to sit in the nose bleeds at @lakers and @dodgers games as a kid. If you’re from LA you KNOW what this means. This sh*t is everything,” she posted on Instagram.

Co-owner of the Dodgers and Lakers legend Magic Johnson thanked the fans and dedicated the World Series championship to them.

The late Kobe Bryant, who died earlier this year in a helicopter crash, was still on the minds of L.A. fans after the Dodgers’ win. Lakers forward Kyle Kuzma added the number of championships won by the Lakers (17) and Dodgers (7), which equal 24, one of Bryant’s jersey numbers in the NBA.