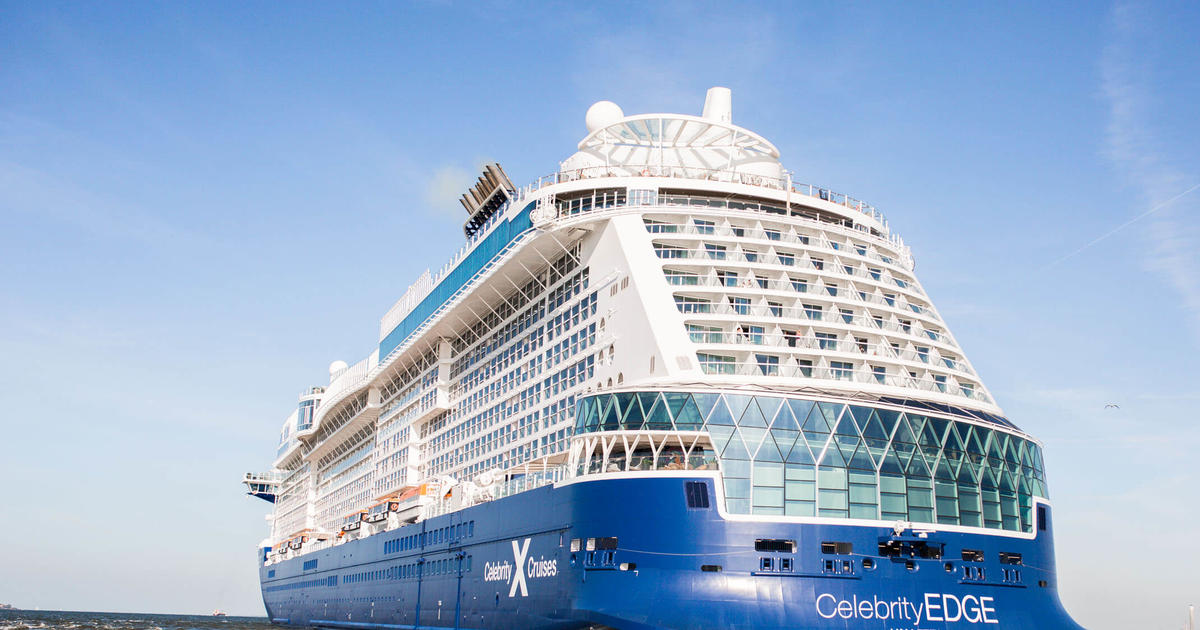 The first cruise ship to board passengers at a U.S. port in 15 months is set to sail Saturday from the industry’s South Florida hub, a symbolic stride toward normalcy that will be watched closely by health experts as vaccines curb the coronavirus’ spread.

Industry officials hope the voyage by Royal Caribbean’s Celebrity Edge vessel serves as a bookend for people for whom the gravity of the pandemic first hit home in the alarming reports last year of deadly outbreaks on crowded ships, with guests quarantined for weeks, vessels begging to dock and sickened passengers carried away on stretchers at ports.

“We are excited to be part of that,” said Russ Schwartz, a Florida school principal who is honeymooning on the ship and is confident it will be smooth sailing. “Things have changed drastically. Back then we really didn’t know much about the virus. Cruises at that point weren’t prepared.”

Celebrity Cruises says at least 95% of those boarding the Celebrity Edge have been vaccinated against the coronavirus in line with health requirements from the Centers for Disease Control and Prevention, and the ship will run at a reduced capacity.

It will be a luxurious voyage aboard a boat that was unveiled in December 2018 featuring a giant spa and multi-floor suites. The $1 billion vessel will be led by Capt. Kate McCue, who in 2015 became the first American woman to captain a cruise ship and has drawn a following of more than 1 million on TikTok and 250,000 on Instagram.

The stakes are high for cruise lines as they emerge from a CDC-imposed shutdown that lasted 15 months. During that period the three industry giants — Carnival, Norwegian and Royal Caribbean — have had to raise more than $40 billion in financing just to stay afloat without any revenue.

Collectively they lost $20 billion last year and another $4.5 billion in the first quarter of 2021, according to Securities and Exchange Commission filings.

“The cruise lines are getting up off their knees after getting crippled by COVID-19,” said Michael Winkleman, a maritime attorney. “There’s just too much money at stake for the cruise lines not to get it right.”

Royal Caribbean on June 4 said six of its ships would start sailing from ports in Florida and Texas beginning next month. The Miami-based cruise line credited the successful rollout of vaccines in readying for its comeback after getting shut down by COVID-19 in March 2020, when the U.S. Centers for Disease Control and Prevention issued a “no-sail” edict barring passenger cruise ships from leaving domestic ports.

The CDC has since set conditions for cruise lines to resume sailing, including a provision that an overwhelming majority on board be immunized against the coronavirus. Florida Governor Ron DeSantis in May signed a law to prohibit companies from requiring customers be vaccinated against COVID-19, with his state previously filing suit to block the CDC requirements.

Carnival Cruise Line is also eyeing a July restart in the U.S., with tentative plans for three of its ships to set sail from Galveston and Miami.

Norwegian Cruise Line in late May said it expected to resume cruise operations from the U.S. starting August 7 with departures from Seattle to Alaska.

Asking but not requesting

To comply with both the CDC’s 95% vaccination requirement and the new Florida law banning businesses from requiring customers to show proof of vaccination, Celebrity Cruises is simply asking guests if they would like to share their status, spokeswoman Susan Lomax said.

Those who don’t voluntarily show proof of vaccination will be treated as unvaccinated and be subjected to additional protocols such as wearing face masks and being restricted to designated seating areas in common areas like dining rooms, casinos and theaters.

Last year the CDC castigated the cruise industry for keeping bars, gyms and self-service buffets open and continuing to allow crew members to gather even as the pandemic raged.

Beginning in March 2020, data showed 3,689 confirmed or suspected cases of COVID-19 on cruise ships in U.S. waters, and at least 41 deaths. The CDC says it spent 38,000 person-hours handling just the cruise response to COVID-19, including contact tracing for 11,000 passengers.

Medical evacuation and logistical efforts for passengers disembarking ships such as the Zaandam in Fort Lauderdale and the Grand Princess in Oakland, California, also diverted resources from local agencies that were trying to curb the spread of COVID-19.

Dozens of passengers have since filed lawsuits saying companies failed to protect them and warn them about the virus, especially after an outbreak on Carnival’s Diamond Princess off the coast of Japan with more than 700 confirmed cases and nine deaths.

The prolonged shutdown has also been challenged in court. In April, Florida sued the federal government to demand cruise ships be allowed to start sailing, arguing the ban disproportionately harms the state where the industry generates billions each year for the economy.

Last week a judge granted a preliminary injunction that prevents the CDC from enforcing sailing conditions, which the state says effectively block most cruises.

Celebrity Edge will sail before the injunction takes effect, so it is complying with the conditions.

“Getting back to living”

The Cruise Lines International Association, which represents about 90% of the global cruise capacity, said it appreciated Florida Gov. Ron DeSantis’ efforts to back the industry and cruise lines are prioritizing health and safety. About 600,000 passengers have sailed in member ships outside the U.S. since last summer and incidence of the coronavirus has been low.

“The industry’s protocols are working as intended,” the association said in a statement. “The highly successful rollout of vaccines in the United States is a game changer and facilitates safe travel.”

About 44% of people nationwide are fully vaccinated, according to the CDC, and new COVID-19 cases in the U.S. are down sharply from their peak earlier this year.

Katherine Quirk-Schwartz, a Celebrity Edge passenger and registered nurse who’s excited for the upcoming cruise and hopes to meet Capt. McCue, recalled how her hospital took in some of the first COVID-19 patients from cruise ships when they were finally allowed onshore in Florida after days of negotiation.

Kate Gibson contributed to this report.