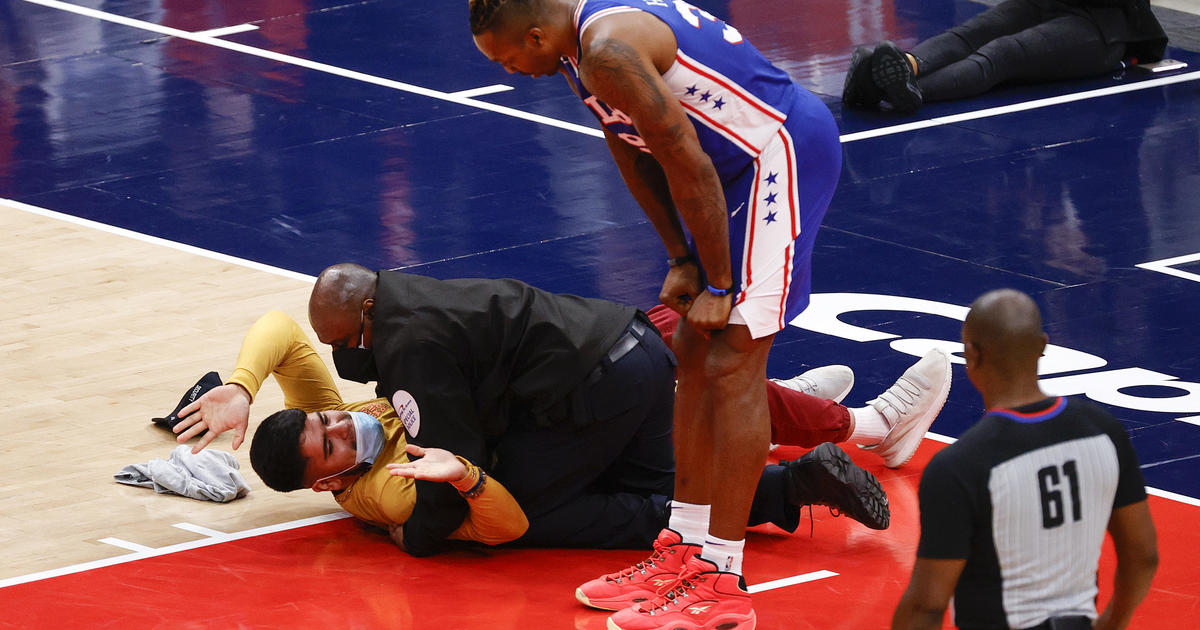 A fan was apprehended by police after he ran onto the court during Game 4 of Philadelphia 76ers-Washington Wizards on Monday night.

Near the end of the third quarter of the NBA playoff game, a man ran on the court at Capital One Arena and touched the backboard before being tackled by a security guard. The fan, who didn’t make contact with any of the players, was pulled off the floor and detained by police.

Monumental Sports and Entertainment, the company that oversees the Wizards and the arena, announced the fan was apprehended by Capitol One Arena Special Police after attempting to breach the court. The fan will be banned from the arena and charges are being pursued with the D.C. Metropolitan Police Department.

“There’s no place in the game for it,” he said, adding that he doesn’t feel less safe despite all the recent incidents involving misbehaving fans.

His teammate, Russell Westbrook, who had a 76ers fan throw popcorn at him last week, also commented on incident.

“This is not a game or some s— you can just do whatever you want to do and run around,” Westbrook said. “This is our job, and we take our job very seriously.”

This marked the latest recent incident of fans being unruly during NBA playoff games. Among them, a fan tossed a water bottle at Brooklyn Nets guard Kyrie Irving following the team’s Game 4 win over the Boston Celtics at TD Garden. A spokeswoman for the TD Garden said Boston Police arrested one person Sunday night “for throwing an object.”