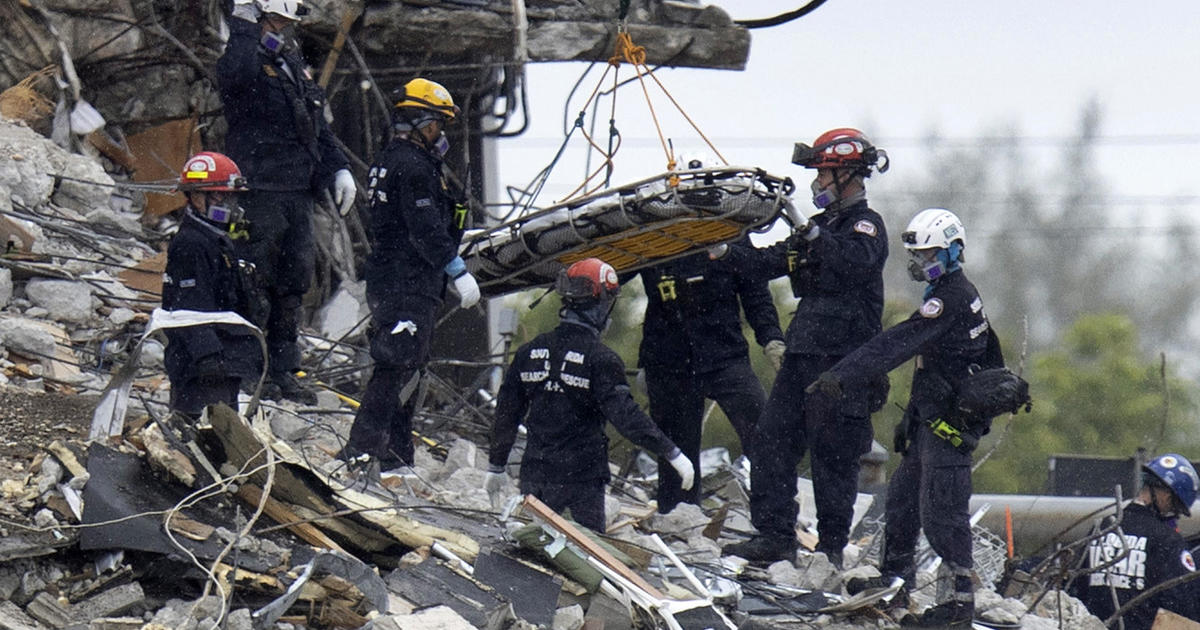 The search for any signs of life continued on Monday morning, four days after a condominium building partially collapsed in Florida with its residents asleep inside. Miami-Dade County Mayor Daniella Levine Cava announced Monday that the death toll in the Surfside building collapse has risen to 10 after another body was recovered from the rubble. 151 remain unaccounted for.

No one has been pulled alive from the rubble since Thursday, when the condominium crumbled in the middle of the night, but search teams continued poring over, and carving into the debris.

Levine Cava said family members were allowed to visit the site on Sunday to watch the rescue efforts and pay their respects.

More information was emerging about those who lost their lives in the disaster, and new clues about what may have caused it.

As details of the building’s possible preexisting problems emerged on Sunday, a lawyer confirmed to CBS News that a Surfside official had told the building’s residents in 2018 that “it appears the building is in very good shape.”

On Saturday, the city of Surfside released an engineering report from 2018 that flagged significant structural concerns. It was still unclear on Monday whether any of the issues noted in the report — from Morabito Consultants — caused the collapse. The report didn’t warn of imminent danger, but it did say repairs were needed.

Waterproofing failed under the pool deck and wasn’t properly laid, so water didn’t drain, the report said. “The failed waterproofing is causing major structural damage to the concrete structural slab below these areas. Failure to replace the waterproofing in the near future will cause the extent of the concrete deterioration to expand exponentially,” it said.

It also said there was “abundant cracking” in concrete columns, beams and walls in the parking garage. The consultant estimated that the repairs needed to address the building’s structural issues would have cost more than $9 million.