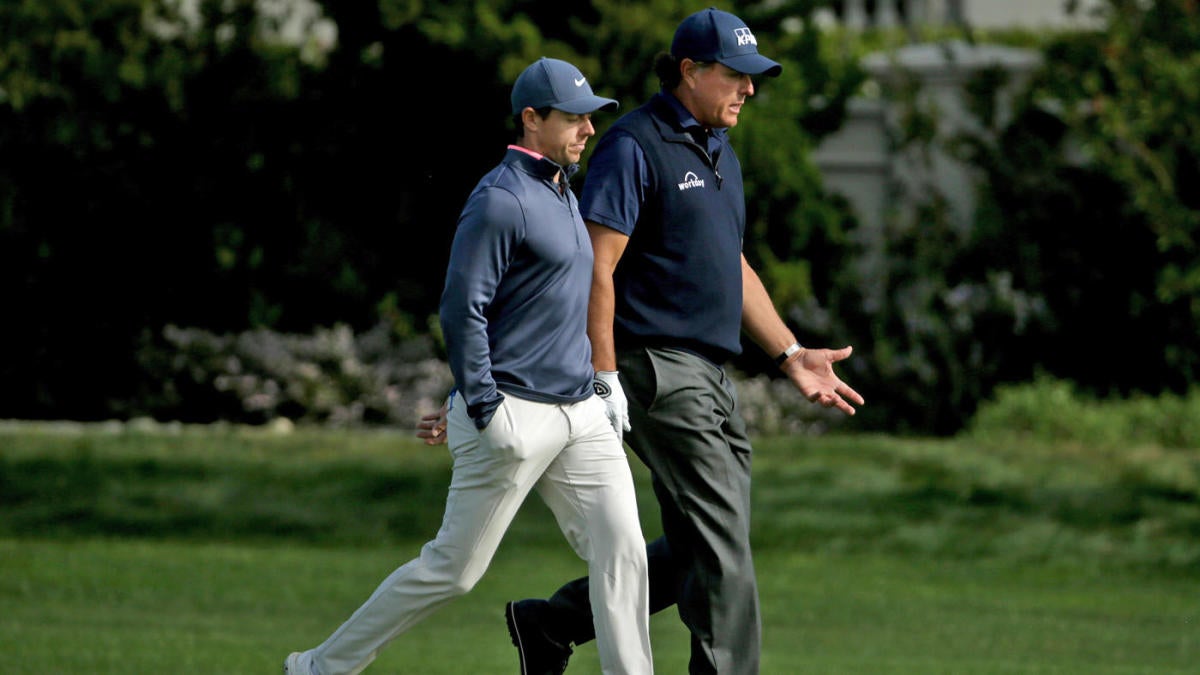 The old guard vs. the young bucks. The aging lions vs. the triumphant, eternal youth. The keepers of the kingdom vs. the takers of it. Call it whatever you want, one of the preeminent entering the 2018 Masters is the juxtaposition of golfers like Tiger Woods and Phil Mickelson (combined age: 89) trying to hold serve — at a place where they have won a third of the last 21 green jackets — against a youth movement that is probably the best collective group of 20-something golfers in the history of this sport.

Woods is the obvious prism through which to view this angle of the Masters, but he has been covered in about every way a human being could possibly be covered. So in this case, I prefer to look to Mickelson, his history at Augusta National, his adoration of the course, the allure of a fourth jacket … and the contingent trying to keep him from wearing whatever comes after alligator-skin shoes.

Lefty was inarguably the most consistent Masters golfer not named Tiger Woods from his first start as a professional in 1995 through his win in 2010. His three jackets and average leaderboard finish of 7.8 rivaled Woods’ four jackets and average leaderboard finish of 6.5 Since then, Mickelson has two more top 10s but also two missed cuts. He is, as you would expect with a golfer in his mid to late 40s, becoming more inconsistent.

Still, his body of work is unassailable.

And Mickelson has rekindled something in 2018. He is second on the PGA Tour in strokes gained behind only Dustin Johnson. He is fourth in approach shots and has a win for the first time in 2013. Mickelson is feeling so good that he might hop out of his courtesy car coming down Magnolia Lane and give the Vince McMahon strutting GIF a run for its money as he walks to the clubhouse.

Time and youth are not on his side, though. Jack Nicklaus is famously the oldest winner at Augusta National at the age of 46. Julius Boros won the PGA Championship in 1968 at age 48. Mickelson can clip the former mark, but he’ll have to wait until next year on the latter.

More importantly than all of that, though, is that this is his place. He believes that he will hang another jacket in his closet, and because he believes this, it makes me believe it, too. He believes he will become the oldest Masters winner (and maybe the oldest major winner) ever, and I sort of believe that will happen, too.

Mickelson has the way about him. His drama is the best drama, too. Of all the insane moments they could have picked to reboot, the good people of No Laying Up chose his 31 on the second nine in 2004 — 19,000 people watched them watch it. That’s how great it was to experience. That’s how magical he’s been.

Mickelson is — somewhat strangely, perhaps — the paradigm for the subsequent generation’s greatest talent, Rory McIlroy. The Ulsterman’s wrestling match with this course is very well documented, but what might get lost in the shuffle here is that, of everyone who has played 30 or more rounds at this course, only Woods and Mickelson have a better scoring average. Ever.

As an aside, it’s astounding that Nicklaus is on this list considering how much his score was inflated in the last few Masters he played (he missed his last four cuts).

McIlroy has finished in the top 10 in each of the last four Masters — his 276 in 2015 would have won or led to a playoff in 70 of the 81 Masters that have been played — and he’s one of a handful of lean, thunderous superstars beating down the door to the closet that holds all the jackets.

There is a self belief from McIlroy that emanates when he’s really rolling that makes you wonder if he’s ever going to lose again. It manifests itself differently than with Mickelson, but both spring from the same well. Both are cut from the same wine-loving, pin-seeking cloth.

These two are titans of different eras. For a few marvelous years, their orbits have overlapped (and will continue to do so) at this place. They are two of many golfers through which we could view the rich storyline of old vs. new, what was vs. what will be (and indeed, already is in many cases).

If Tiger battling the past is the No. 1 storyline of this year’s Masters (it is indeed), the idea of a generational clash on the property where all generational clashes should be held is just behind it. I’ve heard a lot of people say a Tiger-Phil final pairing is the dream. I don’t disagree.

But if we get a both-eyes winking Mickelson banging flagsticks and high-fiving patrons in front of a fuming Rory seeking the career Grand Slam, I’m not going to be pining for a Big Cat-Lefty shootout.

If we get probably the two most dramatic closers of the last two decades slinging long irons and separating themselves from both the field and history, Tiger’s score will be a small footnote.

If we get McIlroy puffing his chest and bending drives around loblollies and Mickelson delivering the most dad-like fist pumps imaginable as another Masters closes around itself, yeah, I’m going to be just fine with that.