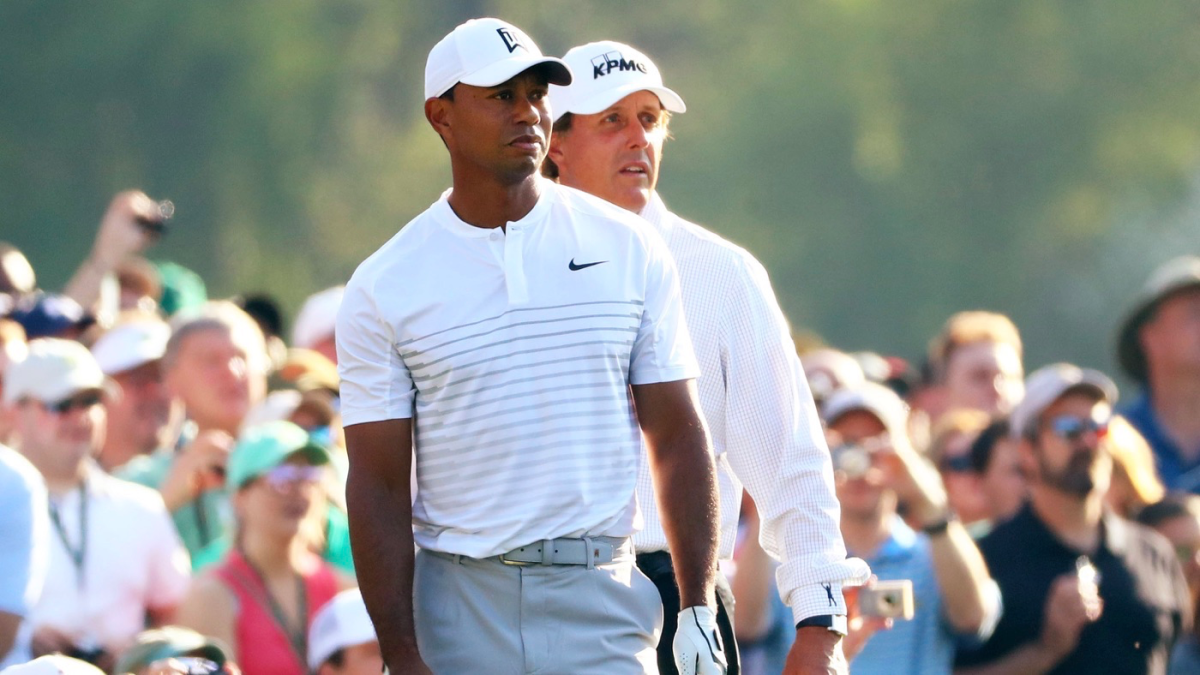 I woke up on Wednesday and thought I’d dreamed it, so I checked Twitter and opened the Masters app on my iPad. And yes, Tiger Woods and Phil Mickelson had in fact played the nine most famous holes in golf together on Tuesday of their own volition.

Tiger and Lefty fist-bumped and chuckled their way through Amen Corner with Fred Couples and Thomas Pieters as patrons drooled over what they were seeing and media members double and triple-checked their field lists to make sure that this was in fact the same Tiger Woods and Phil Mickelson they had covered for the last two decades.

The pair has combined for 19 major championships, seven of them at this iconic venue, and the idea that long-time rivals would become Tuesday playing partners seemed as likely as Augusta National switching its peach ice cream sandwiches to black licorice for the 2019 Masters.

However, we have photographic evidence that Woods and Mickelson spent much of the day together (instigated by Mickelson, of course), and there were a number of different things I loved about that. Here are nine that stood out.

1. The Kermit meme: You know the one I’m talking about. The “but that’s none of my business” one where Kermit sips on some tea while sitting next to a windowsill. No golfer has a personality more suited to live that out in real life, and Mickelson keeps delivering actual examples of it. First, he did it at the 2016 Ryder Cup. Then, he did it again on Tuesday on the range before they went to the 10th tee.

I will tweet that one from Tuesday approximately 1,399 times over the next year if Mickelson wins this year with Woods on his tail to tie him with four green jackets.

2. That button-up oxford: It’s unfortunate that we are unable to bottle the energy from the tweets that flowed about Mickelson’s attire because they were indelible. Mickelson looked like his accounting team had turned in their expense reports late and he didn’t have time to stop off at home for his polo before hitting the links, and Tiger let him know about it.

“I had to give him a little bit of grief about that,” Woods said after their practice round. “The only thing that was missing was a tie.”

“I don’t know what else to say,” said Mickelson, who had his logo emblazoned on the cuffs. “I just thought I would give it a try. It’s a stretchy fabric, it performs well, and I think it looks good, so… “

Mickelson doesn’t have an endorsement deal with the company that made it, and I have to say it is the most Mickelson thing of all time to wear a button-up shirt during a round with Tiger at a place where he knows every eyeball will be on him just for the hell of it all.

3. It inspired this photo mashup: I mean, there are certain things you can’t unsee.

4. The respect is genuine: Here are a few post-round quotes from both of them about the other. These are real quotes!

“We were talking about difficulty of the shot from behind the green to certain pins, and we were talking about the middle pin, middle back pin, how tough that is from over the green,” said Mickelson. “And it is tough, but I hit a flop up there fairly close, and then I said, ‘but over here to this right pin it’s pretty easy, and I just kind of flopped one up and it went in, and he just kind of laughed at me.’

“It’s a much easier shot; I’ve dissected kind of all the little variables of this golf course, and it does play significantly different for a left‑handed player or right‑handed player.”

“The one to the right was just silly,” said Woods. “We were talking about the flop shot he hits. He has a 64-degree wedge, too. And so when he lays that thing open, it looks like it’s actually faced backwards. He hits that thing, and I don’t know how he doesn’t hit himself. It’s incredible.”

6. How they determined who would tee off first: I loved that they skipped the first nine. If you’re going to do this thing, do it where you’ve produced probably two of the five most iconic moments in Masters history. Anyway, how did they pick who teed off first on No. 10 between Woods, Mickelson, Fred Couples and the luckiest man alive Thomas Pieters? “Four, three, one, zero,” said Mickelson. “So we just went right in order.  He has four jackets, I have three jackets, Fred, then Thomas. It’s a respect thing.”

7. It led to this exchange: A reporter dropped the term “bromance” on Mickelson in his post-practice round press conference.

I think you can probably tell where a lot of headlines are going, this burgeoning bromance or this new friendship. Does that feel accurate to you?

Mickelson: “I don’t know if I would phrase it the way you did.  But I don’t want to hold you back, so…”

How would you phrase it?

Mickelson: “I don’t write. I’m not a writer. That’s your job. You do your thing, and you do it well. I’ll play, and we’ll just stick to our roles. That’s probably best. I’ve seen some of you play, and that’s best I think.”

8. It feels like they just met: Have you ever played a round of golf with a random at your local course on the weekend, and it just clicked with him or her? Yeah, that’s what this felt like. Like two legends each meeting their heroes for the first time but with the social capital that affords them the ability to take a few jabs. That seems like a crazy thing to say, but the mutual admiration and convivial nature of the whole thing was reinvigorating not only for them but for most of us as well.

It felt like an entire tournament in nine exhibition holes.

9. This photo: When I saw it, I immediately thought of the photos we’ve all seen of Jack Nicklaus, Arnold Palmer and Gary Player on the Hogan Bridge. Mickelson and Woods are not retired or anywhere close to it, but to see seven jackets crossing this path on a perfect Tuesday morning before the most important event of the year is to be reminded that two of the heavier favorites for the 2018 Masters are also living legends.

Who knows how many more Masters — or even majors — we’ll get with these two. Woods’ back is a long-term liability despite its current fortitude, and Mickelson might retire to work on spreadsheets or volunteer to man Elon Musk’s first spacecraft to Mars.

But for this moment on this week, that photo is special. It says a lot. That two rivals can become friends. That Augusta National can galvanize even the most stolid competitors. That as big as Mickelson and Woods are as personalities and brands and people, that this game is bigger than them both.