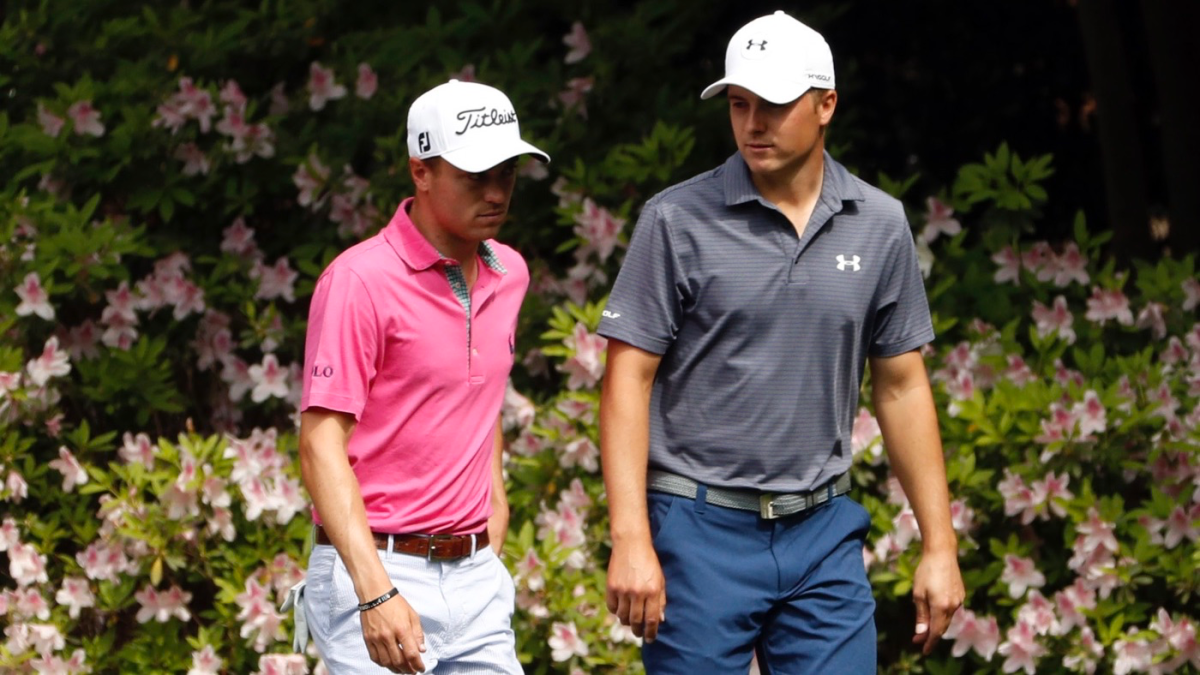 The public bond between Jordan Spieth and Justin Thomas is no longer (or should no longer be) defined by an audience of golf fans enrapt with their long-time friendship and junior golf-playing days. Instead, the trophy-winning kids have become trophy-winning adults, and now two of the top four players on the planet are also two of the top six favorites for the most important tournament in the world.

The 2018 Masters will be defined by something or someone. A moment, a shot or a series of holes. We don’t know who the characters will be or what the drama will look like yet, but Spieth and Thomas are certainly a pair of the more likely candidates.

They have combined for 19 wins in 239 starts on the PGA Tour. Spieth wins 8.1 percent of the tournaments he plays. Thomas wins 7.8 percent. For the uninitiated to the deep statistical game, those are historically good numbers. They have four major championships between them. Neither is 25 years old.

Yet to be determined is which of them has the better career. It seemed (and seems) easy to anoint Spieth. Three majors in his first 20 swings at it. But Thomas has 10 majors to catch him (or until the 2020 U.S. Open), and well … the question at least lingers: Is Justin Thomas actually better than Jordan Spieth?

The answer, which won’t come for dozens and dozens of years, will in large part be determined by what happens at this place: Augusta National. Spieth has three top-two finishes in four tries (not a typo). Thomas has yet to crack the top 20. But with its punishing greens that wink at towering ball flights and conquerable par 5s, it seems to have been built for him to hold in his hands. He has a half decade’s worth of work to do to catch what Spieth has already done, though.

“The thing about Jordan is he’s always going to rise to the occasion,” Thomas said on Tuesday. “He’s done it his whole life. I’ve been on the wrong side of it a couple times where he’s beaten me on very, very big stages, but I’m trying to gain some ground on him. I still got a lot of way to go, but I’m getting there. But a place like this, he just, he loves this tournament. All of us love this tournament, but he really, really loves this tournament.”

Thomas’ first two Masters finishes — a T39 in 2016 and a T22 in 2017 — are fine. It’s just that Spieth, the anomaly, has him lapped with a T2-1-T2-T11 start. Maybe that will ultimately define their career resumes, but it seems that once Thomas cracks the code at Augusta National, there might not be a ceiling for him.

This is a place that can make you wild-eyed, especially the week of the tournament. Veterans talk about saving emotional and mental energy for the weekend. Thomas insinuated that he struggled in his first two appearances with patience, especially with preparation.

“What I started to do this year or this week, is, you know, you get a game plan and you just do that,” Thomas said. “Each day you know what you’re going to do, you’re going to stick to that you’re not going to change. If one person wants to go play another nine you want to play with or if someone wants to go play a game on Tuesday, it’s like, ‘no, guys, I’m doing this, this, and this.’

“I love this place so much. It’s a great, great golf course. Obviously you want to try to win the tournament. That’s the goal when you get around there, but just try not to win so much. I think I wanted it too bad for a while. I was pressing too hard … If you know how to get around here, you don’t need to be on your A-game to contend. You just need to be smart and kind of pick your way around.”

Knowing that you need to pick your way around is one thing. Knowing how to do it, like Spieth has clearly figured out, is another.

“… Played with Phil a handful of times on off weeks around here, and I’ll ask him little questions,” said Thomas about trying to gain institutional knowledge. “I mean, he’s not a player, but Jeff Knox, I’ve asked him, he probably gets annoyed with me I asked him so many questions. But it’s just that like any place it’s important to learn things.”

A win here would mean the reigning PGA Championship winner is halfway to the J.T. Slam and two-thirds of the way to Spieth’s major total. It would in essence even up their career scorecard. It’s always better, too, when these wins get put away early rather than later. For Spieth, it came at the age of 21 before he knew any better. Thomas is probably out of that phase of his career now, but as a superstar, you don’t want to get into your 30s at Augusta before winning.

“Now after I saw … the extent of what it actually does for you, as an individual, I think I was a little bit kind of naive to it, which may have been a good thing when I started out,” said Spieth. I think after (finishing second in ) 2014, though, I realized kind of what it actually meant … This is essentially our Super Bowl, and after 2014 I kind of saw that and had built that kind of … anger, that desire to win it then.

“I mean, I don’t care if I miss the cut in every event for the rest of my life now, I won the Masters.  That was my lifelong goal. I said it in an interview that’s been published when I was 14 years old: ‘I want to win the Masters someday.’  But now it’s like, ‘man, I got a lot of Masters to play in, it’s kind of cool to have multiple Green Jackets.’ So it would be nice to do it again.”

Again for Spieth. The first time for Thomas. Either would be a compelling non-Tiger Woods narrative that would be great for the sport. Surely we will see 15 or 20 years worth of battles between these two at innumerable courses all over the globe. But a slugfest at Augusta National between two young American golfers tracking to be not just hall-of-fame players but potentially all-time greats would be pretty special. The results, as they unfold over lots and lots of time, might also be the prism through which we see their careers when it’s all said and done.