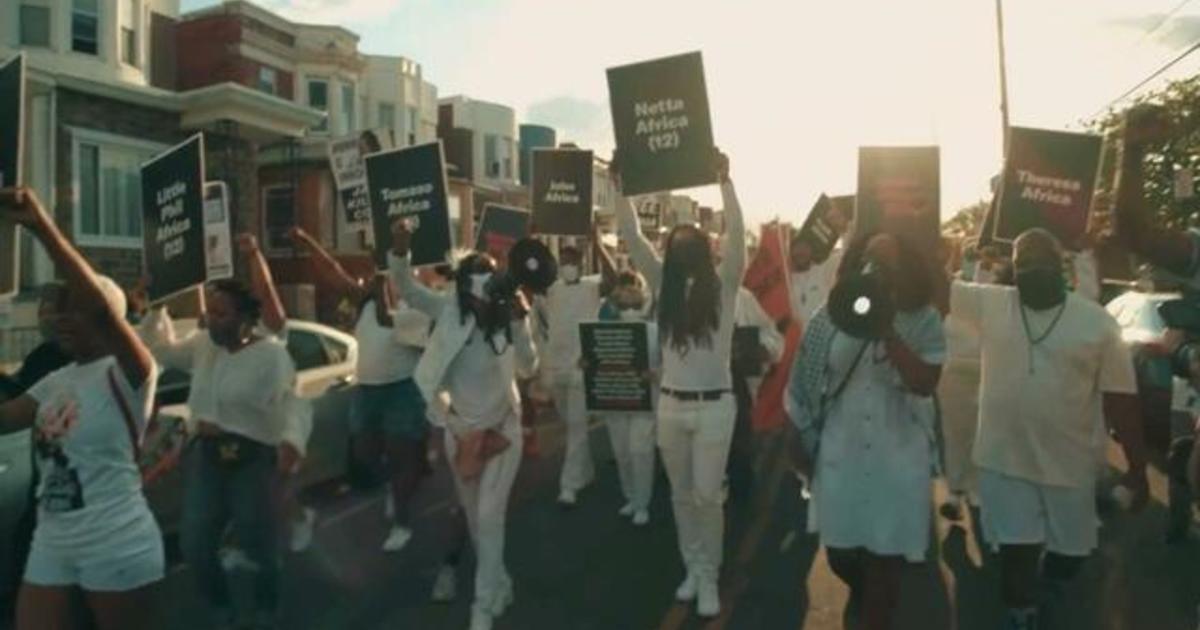 The aftermath of a tragic day continues to haunt the city of Philadelphia.

On May 13th, 1985, a years-long confrontation between the city and a Black liberation organization known as MOVE ended with a bombing, killing nearly a dozen people. Now, it’s emerged that the remains of the victims were never returned to their families and may have been mistreated.

The victims’ family members are opening up about their initial loss and the pain that has followed in the years since the tragedy, which happened on Mother’s Day.

Mike Africa Jr. lost his playmates, his home and his innocence 36 years ago, the day Philadelphia police dropped a bomb on three blocks of his community, where a group of counter-culture activists known as the MOVE Organization lived.

“Every day I see those kids,” he told CBS News’ Michelle Miller. “There is not a day that goes by where I don’t think about ’em in some way, not one.”

Africa recalled how he was at his grandmother’s house on the day of the bombing, about four miles away, and described seeing thick plumes of smoke and ashes floating through the air. Blocks throughout the neighborhood in West Philadelphia were decimated – 61 homes were destroyed and 11 people were killed, five of them children.

At a MOVE press conference earlier this year, Janine Africa, one of the nine MOVE members who was imprisoned after the attack, expressed how talking about the bombing makes her feel like she’s “reliving 1985.”

“You’ve got to understand, we are in pain, we are not weak by any means,” said Consuewella Africa, whose two young daughters were among those killed during the siege in Philadelphia. She died in April.

“We are not weak by no means, we are strong.”

That pain was triggered by a shocking revelation concerning their children’s remains.

The Penn Museum, the University of Pennsylvania and Princeton University had used the bones of 14-year-old Tree Africa and 12-year-old Delisha Africa for research and teaching without their family’s knowledge or consent. Each institution has since apologized for its actions.

The harrowing revelation came as a surprise to Mike Africa.

But the victims weren’t laid to rest. A second set of remains thought to be cremated four years ago were found in a box in the medical examiner’s office.

Walter Palmer, an activist, lawyer and professor of American racism at the University of Pennsylvania, is calling for the school and the city of Philadelphia to be held accountable for the tragedy.

“These folks were Black, these folks had dreadlocks, these folks were anti-social,” he said. “They’ve done all the labeling it takes to marginalize them, make them be less than a human being, right? And so it becomes easy to be dismissive about them.”

“Nobody wanted to recognize MOVE, particularly the city.”

Palmer tried to ease tensions between police and MOVE, including during a 1978 standoff when officers tried to evict members after receiving noise and sanitation complaints from neighbors.

“I get caught in the crossfire because the police open up on MOVE,” he recalled. “And I saw six policemen empty their sub-Thompson machine guns.”

Police officer James Ramp was killed during the confrontation. There’s still debate on whether or not he was the victim of friendly fire. Nine MOVE members were convicted of third-degree murder and sentenced to more than 30 years in prison – including Mike Africa Jr.’s parents, Mike and Debbie Africa.

Mike Africa Jr’s mother gave birth to him in prison. Seven years later came the horrific firestorm, leaving hundreds of people displaced. On a recent visit to his neighborhood, he said it “doesn’t feel the same” and that much of it has been recast.

Lisa Cates’ family wasn’t part of MOVE, but their home was destroyed in the mayhem.

A federal jury found that Philadelphia authorities used excessive force against the group and ordered the city to pay $1.5 million in damages in 1996. Mayor Jim Kenney has formally apologized on behalf of the city for the continued pain and mishandling of the remains of the 11 victims.

But Mike Africa Jr. is among those calling for an independent investigation. He hopes that it will shed light on the severity of the attack.

“We believe that apology without action is meaningless,” he said. “It’s not just about a bomb that was dropped and 11 people died, it’s also about a cover-up. It’s about what we hope to expose and deal with.”