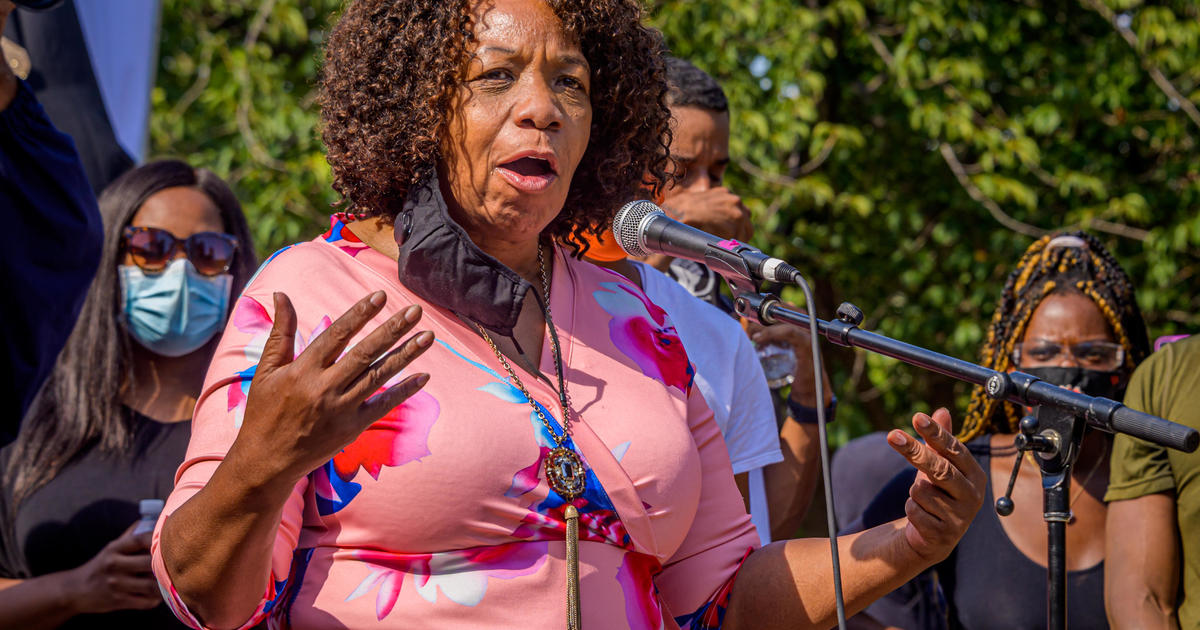 “If you want to show that you’re concerned about the people in our communities and us being so badly treated, pass the George Floyd bill,” she told CBS News. “Then we want the legislation to look back at the cases that they missed, my case, other people’s cases who never got any justice.”

In March, the House passed the bill named after Floyd, who died after a police officer kneeled on his neck for more than nine minutes during a 2020 arrest. Democrats still need support from 10 Republicans to advance the bill, which is unlikely to pass in the Senate. The legislation, which has President Joe Biden’s support, would overhaul qualified immunity — the legal doctrine that protects police officers from civil lawsuits for constitutional violations.

Carr said that legislators are “dragging their feet” on enacting the bill, comparing its legislative timeline to that of Juneteenth, which became a federal holiday last week.

In 2017, New York police officer Daniel Pantaleo arrested Garner for selling untaxed cigarettes. Pantaleo put Garner, who had asthma, in a chokehold on the ground where Garner repeated that he couldn’t breathe. Garner suffered a heart attack in an ambulance and was pronounced dead at a hospital. A grand jury declined to indict Pantaleo in his death.

Carr said that while the police officer involved in her son’s killing was never tried, she was “pleased for the family” of Floyd. On Friday, Derek Chauvin, the former police officer convicted for killing Floyd, was sentenced to 22 and 1/2 years in prison.

However, Carr said that there is still work left to do in the country in regard to police reform.

“We just can’t be satisfied with that,” she said. “That was just one case. There are so many of us that didn’t get our day in court. There are so many other injustice that’s being done and the police are still on the force. We have to fight against that. We can’t just be happy with one sentence.”

She said that Chauvin deserved the maximum amount of time behind bars and worried about court appeals to his sentence and the possibility for parole, which could shorten his issued term.

However, Carr did mention that his sentence — which is one of the longest prison terms ever given to a police officer for using deadly force — is “a step in the right direction.”

She mentioned the similarities between Floyd’s and her son’s case and said the national attention that Garner received set the stage for the massive response to Floyd’s death in 2020.

“There is no justice for them because they’re gone,” she said. “I do feel like we’re moving in the right direction, but we have to keep moving. We can’t go to sleep.”