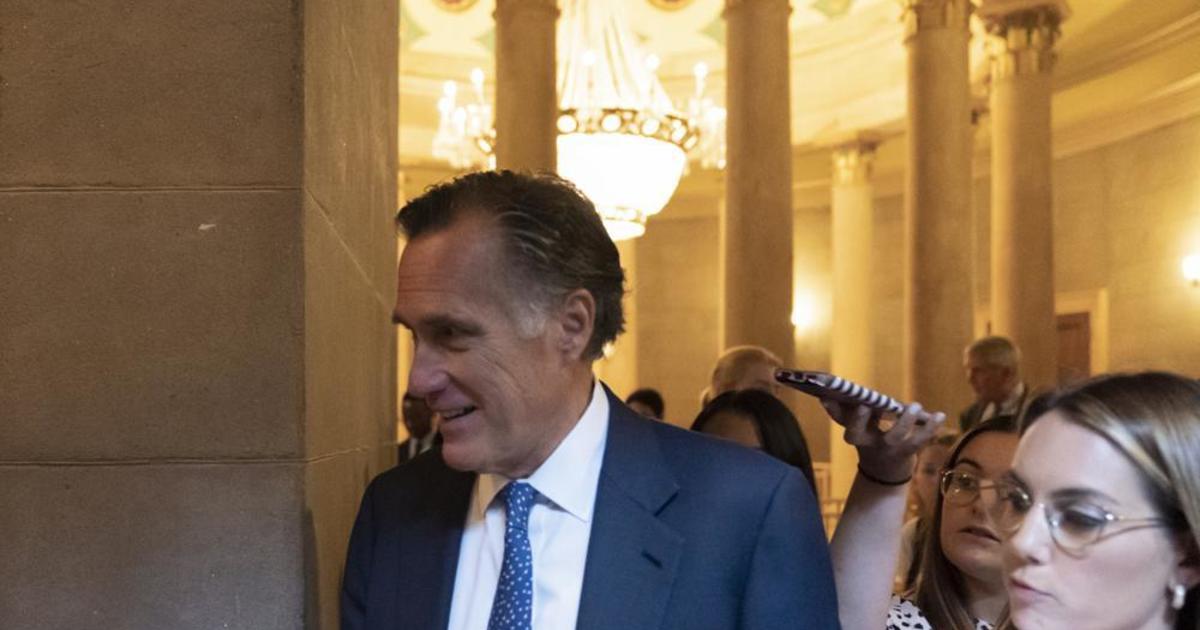 Washington — A group of bipartisan senators announced an agreement on a framework for an infrastructure proposal on Wednesday evening, even as the White House and congressional Democrats continue to pursue two tracks in passing President Biden’s multi-trillion dollar plan.

The group of 21 senators, 10 Democrats and 11 Republicans, previously reached an agreement on an infrastructure proposal costing roughly $1 trillion, with $579 billion in new spending — although the proposal did not include details about funding. Republican Senator Mitt Romney, a lead negotiator, told reporters on Wednesday evening that negotiators have “agreed to a framework” that they would present to the White House.

Several of the lead negotiators from both parties traveled to the White House on Thursday morning to discuss the new framework, which includes pay-fors. Funding for the bill had been a sticking point in negotiations.

“President Biden is the ultimate person that will have to sign off on this and make sure he’s comfortable. And he wants a bipartisan deal, he said that from day one. His negotiators were with us the whole time that we’ve that we’ve negotiated,” Democratic Senator Joe Manchin told reporters on Thursday.

The new framework comes after White House legislative team met with this group of senators twice on Wednesday. Senators faced a time crunch in their negotiations, as the Senate has a two-week recess beginning next week, leaving only a few days for them to reach a deal.

Senate Majority Leader Chuck Schumer said on Thursday that the Senate will “concurrently” take up the bipartisan deal and a large budget reconciliation bill, which would only require 50 votes to move forward, to address Mr. Biden’s other infrastructure priorities.

“I look forward to holding the first votes when we return for the July work period,” Schumer said.

House Speaker Nancy Pelosi insisted that the House will not take up the bipartisan bill until the Senate passes both that measure and the larger reconciliation bill.

“We will not take up a bill in the House until the Senate passes the bipartisan bill and a reconciliation bill,” Pelosi said during her weekly press conference.

Although 21 senators have signed onto this bipartisan measure, it will need the support of 60 senators to advance to a full vote on the Senate floor. Several progressive Democratic senators have warned that they will not support the bipartisan bill unless they get a firm commitment that issues such as climate change and “human” infrastructure, including child care and health care, will be addressed in a larger reconciliation bill.

However, multiple Democratic senators said Thursday that they could not support the bipartisan bill without that commitment to a larger reconciliation bill.

“Way too small. Paltry. Pathetic. It has to be combined with a second much more robust, adequate package to be deserving a vote,” Senator Richard Blumenthal said.

“We need assurances from all 50 people in our caucus that we have a deal and it is not just a deal on numbers. It is a deal on what gets covered,” Warren said.

The bipartisan proposal would be narrowly focused on “traditional” infrastructure priorities such as roads, bridges, funding transportation and expanding broadband, with some spending on electric vehicle charging stations, a priority for Mr. Biden. The reconciliation bill, which is being crafted by Budget Committee chair Bernie Sanders, is expected to include provisions like Medicare expansion, as well as the remainder of Mr. Biden’s $1.7 trillion American Jobs Plan and his $1.8 trillion American Families Plan not covered in the bipartisan proposal.

“It’s not going to be a bipartisan agreement without a major reconciliation,” Sanders told reporters.

When asked how he would convince all Democrats to support the bill, Manchin urged his progressive colleagues to “not let the perfect be the enemy of the good.” Senator Jon Tester, another one of the lead negotiators, said that “I’ll say ‘please.'”

Mr. Biden has rejected the Republican suggestion of indexing the gas tax to inflation, while GOP senators remain staunchly opposed to the president’s proposal to raise the corporate tax rate.

The White House has also floated tax gap enforcement as a potential source of funding, although there is some disagreement over how much revenue that would yield. A report by the Congressional Budget Office found that $40 billion in enforcement spending could net $63 billion in revenue.

Republicans have suggested using unspent funds from previous coronavirus relief packages, but this has largely been rejected by the White House.