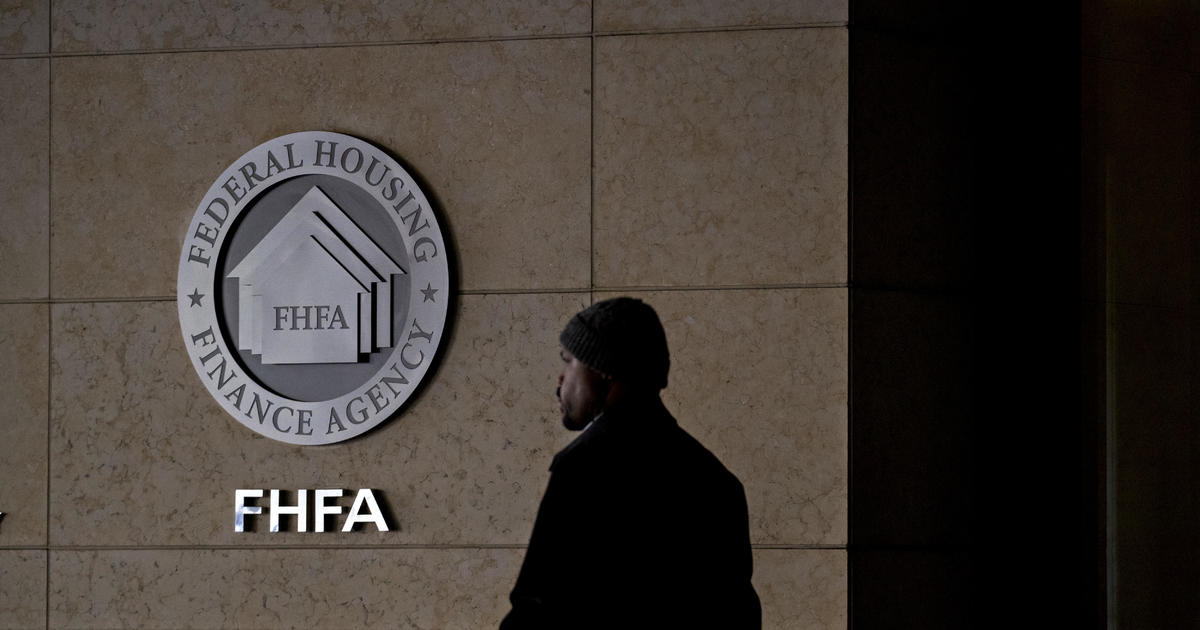 Washington — President Biden intends to replace the head of the Federal Housing Finance Agency (FHFA), who was installed by former President Donald Trump, following a Supreme Court decision Wednesday that gives the president more leeway to remove the agency’s director.

White House press secretary Jen Psaki confirmed during Wednesday’s press briefing that Mr. Biden would be removing Mark Calabria as the director of the FHFA, which was created in 2008 during the financial crisis to regulate mortgage giants Fannie Mae and Freddie Mac. Psaki did not provide a timeline on when Mr. Biden would nominate a candidate to replace him.

Calabria, former chief economist to Vice President Mike Pence, was tapped to serve as the director of the U.S. housing finance agency in 2019 and remained in the role into the Biden administration. His five-year term was to expire in 2024.

But the decision from the Supreme Court earlier Wednesday in a case brought by a group of Fannie Mae and Freddie Mac shareholders paved the way for Mr. Biden to appoint his preferred director. In its ruling, the high court found the FHFA’s structure to be unconstitutional, as the president only had the authority under federal law to remove the director “for cause,” rather than at will.

The Supreme Court, in an opinion from Justice Samuel Alito, sent the case back to the lower courts for further proceedings.

The high court also tossed out a statutory claim from the shareholders that the housing finance agency exceeded its authority under the Housing and Economic Recovery Act of 2008, which created the entity.

The case before the Supreme Court was similar to a legal battle heard by the justices in its last term involving the structure of the Consumer Financial Protection Bureau (CFPB), the consumer watchdog that was the brainchild of Democratic Senator Elizabeth Warren of Massachusetts.

Like with the FHFA, the Supreme Court last year ruled the CFPB’s structure was unconstitutional, though it stopped short of dismantling the agency in its entirety. Under the Dodd-Frank Wall Street Reform and Consumer Protection Act, which established the agency, the director could only be removed by the president for “inefficiency, neglect of duty or malfeasance.”