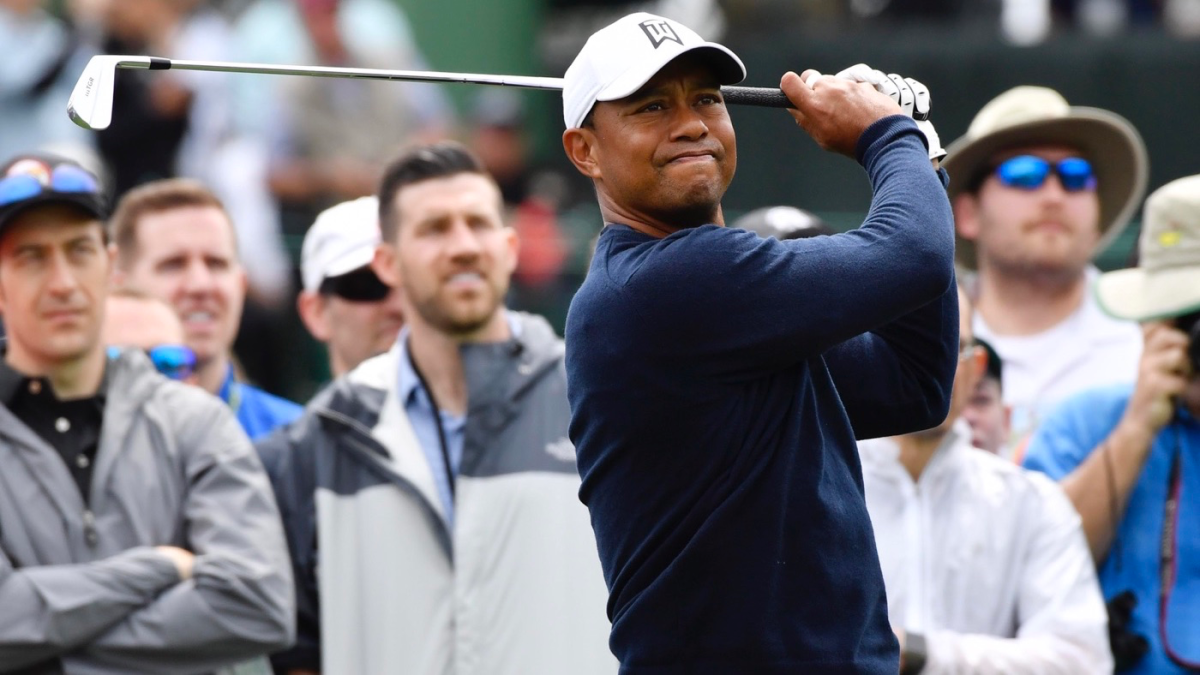 AUGUSTA, Ga. — Golf is strange. If you lose 95 percent of the time, you’re an historically terrific player. So that means during the vast majority of the time you spend not winning, there are other golfers to root for, other players to cheer on. We’ve seen this recently with Rickie Fowler greeting pals Justin Thomas and Jordan Spieth after their victories. But the guy everyone in golf roots for, Tiger Woods, recently returned and Phil Mickelson (of all people!) talked at the Masters about how excited he was about that.

“I think that nobody respects and appreciates what he’s done for the game more because nobody’s benefited from what he’s done for the game of golf more than I have,” said Mickelson after playing a practice round with Woods on Tuesday. “I’ve always had that appreciation and respect for him. To see him back out playing is incredible. We all feel that.

“I texted him a while ago when he was playing at Valspar that it felt like it was a different time continuum because I found myself pulling so hard for him. It was unusual. And I find that I want him to play well, and I’m excited to see him play so well. And he is playing well.”

He really is. Woods has three straight top-12 finishes and comes into the Masters ranked No. 7 in strokes gained on the PGA Tour. He’s gaining nearly as many strokes per round on various fields as he did in 2013 when he won five times.

“For him to be able to get around this place without any fears of … it being too long or not having enough speed, yeah, anytime Tiger Woods is healthy and in this sort of form, he’s dangerous at any golf tournament,” Rory McIlroy said. “But given his history here, I think even more so.”

“Obviously when Tiger walked onto the range today, you can tell there’s an anticipation and and excitement from the crowd to watch him compete again,” added European Ryder Cup partner Justin Rose. “(There are) so many guys playing good golf.”

Of the top 12 players in the world who are playing this event (No. 10 Brooks Koepka is sitting out with an injury), eight (!) of them have won an event somewhere worldwide this calendar year. If that combined with Woods’ resurgance doesn’t engender a little juice for the first major of 2018, I’m not sure what will.

“I think the addition of Tiger being healthy and playing well, no matter what else happened, was probably going to make it as anticipated as any (Masters) going back five, six, seven years,” said 2015 champion Jordan Spieth. “So that in its own.

Justin Thomas, who played a practice round with Woods on Monday, said that his former sensei has clammed up when it comes to delivering knowledge.

“I think that Tiger’s probably going to be a little bit … harder to get stuff out of than when he was he was hurt and I was asking him questions,” said Thomas who is golf’s most recent major champion with the 2017 PGA Championship under his belt.

As for what Tiger himself thinks about it, he’s just happy to be here playing well at all.

“It’s been a tough road,” Woods said. “I’ve described a little bit of it, the pain of just sitting there and the amount of times that I’ve fallen because my leg didn’t work or I just had to lay on the ground for extended periods of times. Those are some really dark, dark times.

“The reason why I say I’m a walking miracle is that … I don’t know if anyone who has had a lower back fusion that can swing the club as fast as I can swing it. That’s incredible. I went from a person … who really had a hard time getting up, walking around, sitting down, anything, to now swinging the club … 129 (MPH). That is a miracle, isn’t it?”

It kind of is. Even more so if it translates to major No. 15.

“We know we’re going to have to play well in order to win, and it’s going to be quite a challenge,” said Woods. “It’s going to be fun. And I think that everyone’s really looking forward to it, not just from the spectators, but from the players as well.”