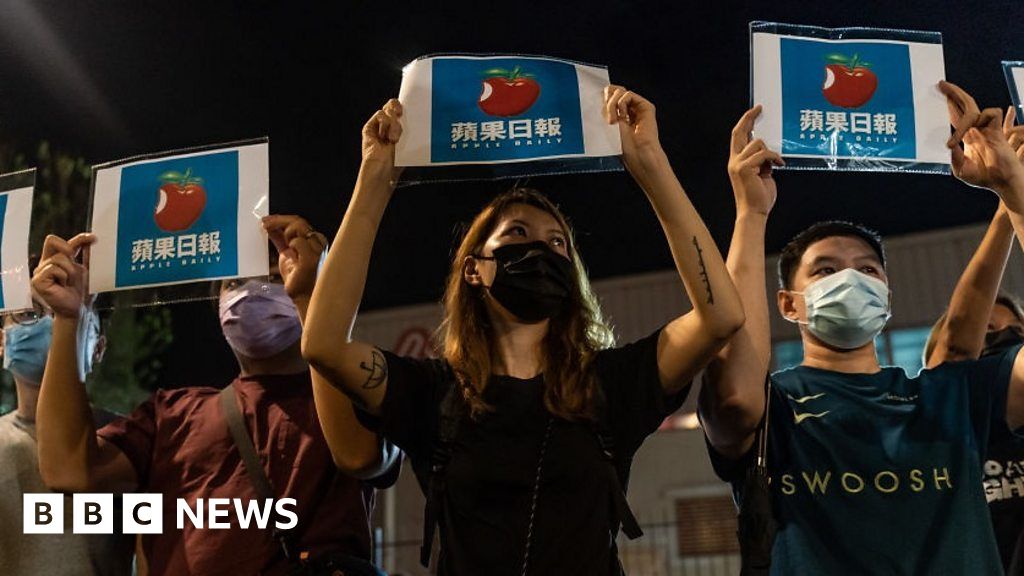 They brought gifts, tied ribbons to the fence, and chanted encouraging slogans in the rain. Some were seen crying.

The publication decided to shut down after its reports were accused of breaching a national security law, leading to a freeze on company assets.

The BBC documented Apple Daily’s final hours as staff produced the paper’s very last edition, and spoke to supporters and journalists at the scene.