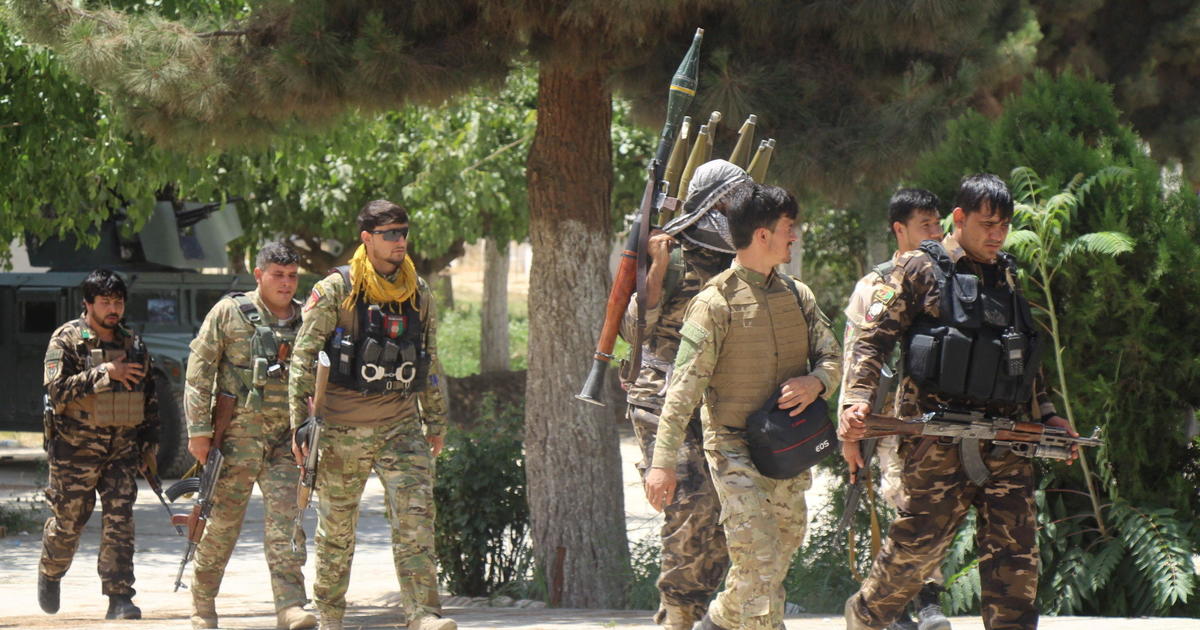 Kabul — President Biden is meeting his Afghan counterpart, President Ashraf Ghani, at the White House on Friday to discuss the ongoing U.S. military withdrawal from his country. As CBS News correspondent Charlie D’Agata reports, the meeting will come with Ghani’s government under severe pressure from a Taliban offensive, and amid rising concern for thousands of Afghan civilians who worked with the U.S. military during 20 years of war.

Afghanistan has entered its most critical period since the U.S. invasion in 2001. The Taliban has made huge military advances across the country in recent months.

The United Nations says the militants have captured more than 50 of the country’s 370 districts since May. Some estimates are much worse. The Taliban says Afghan soldiers are simply surrendering and abandoning their posts without a fight.

The group’s advances have accelerated — keeping pace with the U.S. pullout that was sped up last month. U.S. sources tell CBS News that the withdrawal mission will be complete by mid-July, if not sooner.

But the fate of some 18,000 Afghan interpreters and their families hangs in the balance. President Biden has vowed to get them out of the country, but it’s a mammoth task.

Sources have told CBS News that the plan is to move thousands of Afghans out of the country on civilian aircraft to a third nation where they can complete the visa process, but it’s a mission that will certainly depend to some degree on the logistical capabilities of the U.S. military.

The Associated Press reported on Friday, citing unnamed U.S. officials, that about 650 American troops would likely remain in the country beyond the withdrawal to help provide security for the ongoing U.S. diplomatic presence. The AP said an additional 300 or so U.S. troops would remain stationed at Kabul’s main airport until Turkish forces can fully take over that responsibility.

In his meeting with President Ghani on Friday, Mr. Biden will be discussing Afghanistan’s new relationship with the U.S., in terms of economic and humanitarian assistance.

But as Afghan security forces give up ground the government has held for years, what Ghani needs most is substantial military assistance, and those days are over.